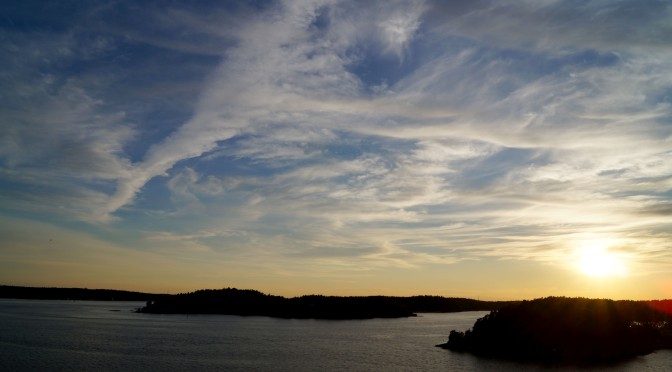 Today I had planned for a little blog post all about our upcoming holiday to China next week. More specifics about the places we will visit, about my new camera equipment and of course all the food I am looking forward to. But all changed yesterday morning.

Yesterday (saturday) morning, early morning we received a terrible message from my wife’s best friend in China. Usually I need a long time on weekends to wake up and get out of bed but not yesterday. The message was along the lines “Don’t come to visit. Y. had an accident, he is dead.” Nothing more, just this and it was enough to wake me up in an instant.

You see we had planned to visit our good friends in Wuhan. The very same friends we had met last summer in Finland and who also visited us last year in Xi’an. It was supposed to be a great experience with all the places to see in Wuhan, all the food and of course spending time with those wonderful friends. But now it is all different. Those friends I have known for the past nine years and my wife R. even longer as they all started their university life at the same time in Finland and lived together for some time. Her best friend got to know a guy making a living with a Chinese restaurant in that small town and married him later. Together they had a little girl just few years later. Just some months ago they moved back to Wuhan for which they had planned for such long time and were looking forward to it and now this terrible death happened.

I don’t know the exact specifics but he went out with his friends and never returned. On his way back he fell asleep in his friend’s car and never woke up. His wife got in the early morning a call from a hospital to come immediately but it was already too late. He died suddenly from a brain hemorrhage and never realized what his happening to him. He could never say one last goodbye to his wife and his little daughter. He was just 35 years old and all ended just like that.

Everything just feels so unreal right now. I can still see him in my memories smiling, keeping everything under control and helping. He always helped out everyone without any hesitation. In case we would have ever needed anything, they would have given it. And now his wife and daughter will need our help. We will still go to Wuhan but not for fun. This time it will be to help a friend in need and to be just there for her. I won’t be of much use in this case but I will try my best together with Nathan to cheer up the little daughter.

Now there is just pain and we tried to bury it all under the work we have before this trip but it still surfaces in crashing waves.

All I have right now for my friend is this:

“In sorrow we must go, but not in despair. Behold! we are not bound forever to the circles of the world, and beyond them is more than memory. Farewell!”

J.R.R. Tolkien, The Lord of the Rings, Appendix A: “Annals of the Kings and Rulers”

14 thoughts on “In memory of a dear friend”