During the past decade I moved frequently around. No matter to which city or country I moved, I never had trouble adjusting relatively easy again and again. My wife was the same, no troubles adjusting to the new environment even when she moved from China to Finland. So when we decided to move to Germany we did not think at all that it might be a bit different moving as a family abroad instead of a single person.

The thing is when you move alone to a new place there is not too much to consider. You basically have your stuff, perhaps some furniture but whatever you have to organize it is just for yourself. Not for anyone else. This is a bit different when moving abroad as a family. First of all you have out of nowhere extremely much things to take with. When we started to pack our things last summer we were overwhelmed by the amount we had. Clothes, kitchen stuff, furniture and all kind of other things. Even after we sold nearly all of our furniture or gave it away to some friends we still had just too much for the two cars we had available. The situation was a bit different when I moved from apartment to apartment back in the day. You know, one car was more than enough to move all my stuff, that’s all!

Once we arrived in Germany a bureaucratic procedure marathon started. There was first of all the issue of getting the residence permit for my wife. Getting this residence permit itself was relatively easy as we had been married already for a few years and because our son has the German nationality. But it still resulted into a challenge as the office was only opened for a few hours a day. Furthermore as I mentioned before Germany seems to have missed the beginning of the digital age thus everything created a huge paper mountain of work. All in all it took about six-weeks until my wife received her residence permit. Considering that we spent only about half hour in the office it is interesting to see how much time passes by until those papers can be processed/ receive a stamp!

Besides this residence permit there was the matter of registering both my wife and our little boy Nathan in this city. Then we needed a health insurance which was a whole other mess worth an entire blog post. In short form it required me to apply to unemployment benefit even though I was not eligible to receive it (both the staff and me knew it right from the beginning). In order that they could process the papers I needed to hand in tons of translations from all kind of documents which themselves cost a small fortune. But as we were anyways not eligible to receive this unemployment benefit we just wasted this money for nothing because in Germany “Ordnung muss sein” and thus could not get any health insurance, no matter what we tried. Only me getting a job rescued us as I finally could get all the needed insurances for us. In case one of us would have become suddenly ill we would have not been able to pay for it. One week after we got the family health insurance little Nathan got sick. Just  an ear infection and fever, nothing dramatic but it showed how important a health insurance is. All the treatment received without a health insurance would have cost us roughly 600 Euros! But thanks to the insurance we payed laughable 4 Euros…

What other troubles there are for a family? Usually in most country

families try to find a nice kindergarten which is nearby. Here in Germany it is slightly different. There are just too few kindergartens in this country resulting in huge waiting lists. We signed up Nathan already one year ago in one kindergarten here during our holidays. Few days ago I received a note mentioning that he is still on the waiting list on spot number 278. WHAT 278? Yeah, right…Because of this we signed him up at different kindergartens around the city in the hope that we might get a spot before he starts elementary school. I am not kidding!

I know I know, most things could have been handled better by actually preparing to move to this country as a family and not just with the experiences we had by moving around as a single person. But then again there are a few things which simply depend on the person handling your case for example at the health insurance or at the unemployment office. Why am I adding this? Well, after I finally got this job here I got to know that it is no problem to get a health insurance without a job or receiving unemployment benefit. You simply need to pay higher fees but it is also more work for the person filing your papers and thus they just pretend that it is not possible…

Right now I am just happy that my wife does not 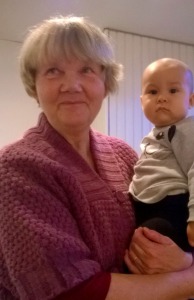 want to have her parents here in Germany nor do they want to move later here. In every country in the European Union it is a hard process to be able to invite parents from the “Outside” to live with you. It is hard but possible. This can not be said about Germany. Only in rare cases you can do this for example if the home country is a war zone or similar bad things…or you just simply have very much money. However it would be also nice to have her parents here to live as a big family together. Right now only my parents have the joy to be with our Nathan every day, my in-laws only see him through some video chats.

Anyways I am happy what we have managed thus far. In July my wife’s German language course is ending after which she will get a B1 certificate, Nathan might even get his kindergarten spots one day and I will just have to pull through my job.

What are your experiences when moving abroad?

40 thoughts on “Moving Abroad with a Family”