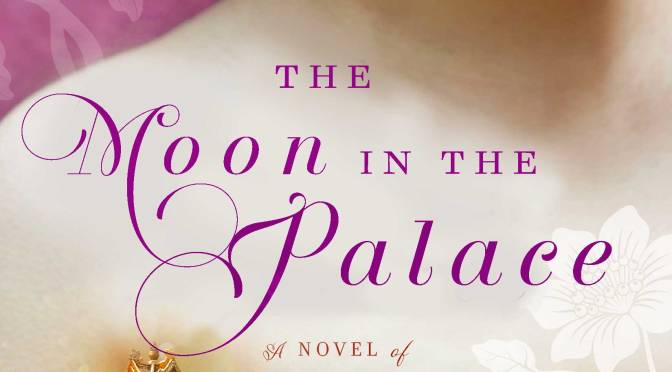 Today I have a guest post  by Weina Dai Randel, author of “The Moon in the Palace”. The Moon in the Palace is the first installment of The Empress of Bright Moon duology. The two books describe the journey of the famed Chinese empress, who survives court intrigues, rebellion, and other tragedies to become the woman who controls her own destiny. She was the first and only female ruler in China who ruled legitimately for almost fifty years. As you can see that such setting creates tons of possibilities of bizarre relationships within the palace.

Fatal attraction within the palace

When the thirteen-year old Mei was summoned to serve Emperor Taizong in The Moon in the Palace, Mei knew a few things about the Emperor, and his ten living sons. What she did not know was how suffocating and treacherous the life inside the palace could be.

Or how messed up the relationships was like inside the palace.

She would learn it very soon that being the concubine of the old emperor, she belonged to him in heart and soul. One glance of hers cast to anyone beside the Emperor would bring punishment and even death. It was the truth, the principle that all women in the palace must live by.

The Emperor, however, made his own rules. He was free to take women, anyone he fancied, which we all understand perfectly – he was the Emperor after all, right?

The problem is, the Emperor’s sons, also had the same idea.

The Crown Prince, who lived in the Eastern Palace, for example, was the ruler of his own household. He had a large retinue of tutors, aides, servants, wrestler buddies, polo players, grooms, and musicians. All bowed to his will and entertain his whims, though in what ways you might never imagine. 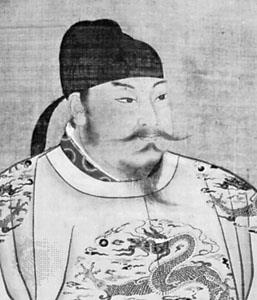 Tang Taizong, detail of a portrait; in the National Palace Museum, Taipei.)

Did I make these stories up? The secrets, the affairs, and the backstabbing? I sure did, but let me tell you, the entangled affairs within the palace was as well-known as the prosperity in the Tang Dynasty. Take Emperor Xuanzong for example. The sixty-year-old Emperor met his daughter-in-law, the great beauty Consort Yang, and forced his son to give her up and took her for himself. Not only that, very soon, Consort Yang’s two sisters also came to the imperial palace to serve the old man.

Messed up? I think so, but wait to read this: the great beauty Consort Yang was not an idle woman either. It was said she adopted a general of Turkic origin, whom many Chinese know as An Lu Shan, as her legal son, but she secretly kept him as her lover instead. The relationship would take a dramatic turn as the general grew powerful and eventually led an uprising against the aging emperor, who, forced to flee, ordered to kill the concubine.

So you see, the complicated relationship inside the palace is not just my re-imagination.

But really, when you think about it, messed-up relationships happened thousand years ago and still happen today. It existed in ancient China, in ancient Egypt – think about Cleopatra, Julius Caesar and Mark Antony, in ancient Rome – Augustus and his three marriages, and in England. You know the six marriages of Henry VIII. And the story of Prince Charles and Princess Diana.

And I’m pretty sure this entanglement happen among ordinary people as well. It’s just, we, not a member of imperial or royal families, take the cover of being ordinary and often mute our voices.

I am happy to have yet another great author providing a guest post. As I am usually rather clumsy when it comes to giving a short summary about other people I just use Weina’s Bio from Goodreads:

Weina is the author of The Moon in the Palace and The Empress of Bright Moon, historical novels of Empress Wu of China.

From Weina: “I love to see how words form an image that transcends the banal reality or how words join together to create a morsel of wisdom that tickles your mind.”

Born and raised in China, Weina has worked as a journalist, a magazine editor, and an adjunct professor.

She received an M.A. in English from Texas Woman’s University in Denton, Texas, where she was inspired to write about Empress Wu of China when she took a class in Asian American literature.

She lives in Flower Mound, Texas, with her loving husband and two children.

Try to check also out other posts about The Moon in the Palace by fellow bloggers  such as Nicky Chen from Behind the Story, Amanda from Two Americans in China, Autumn Ashbough at When West Dates East ,Marta from Marta Lives in China and last but not least Jocelyn Eikenburg at Speaking of China.

17 thoughts on “Guest Post: Fatal attraction within the palace”