This week has been mixed for me. Both very good things and very bad things have happened.

As I have mentioned in my previous article, we had planned to move into our new apartment right away on monday. This did not work out at all. Why? Sure, everything is ready in the apartment except some small furniture but one major thing is missing: THE INTERNET CONNECTION!

Monday a technician was supposed to arrive and install all needed things for the internet connection (the phone line is 40 years old and there has been never any internet connection thus far) except that….he didn’t come. I called the customer support and they told me that this nice person was actually there but we did not open the door! Wait, what? Our family name is written on TWO name plates for the door bell at the entrance and in BOTH apartments were people waiting for this nice technician. We waited and waited and waited some more for the whole day but it did not help.Through Nathan’s picture you can see how I felt.

Later on I found out that this technician is not from the company I have the contract with but from the RIVAL company, yes you read right, from the direct competition. The thing is that all these phone lines are owned by one company and the company I have the contract with is renting these lines. So a technician has to come from the owning company, do some magic and voila, internet works through their competitor. Now I think that these people do every small things possible to make the customer of their competitor unsatisfied with the contract and thus doing things like not even doing their supposed job…Once again check Nathan’s picture about my reaction. 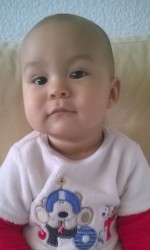 Now to the great thing this week. I have been on a job hunt in Finland for several years and never really got anything. Due to this I did some Freelancing stuff there. Yes, I have been unemployed for a pretty long time and now you may wonder why I still didn’t do more for the blog, but that’s for another time. We moved to Germany with the big hope that I would finally get a proper job. Now we have been here already for two months and I got one rejection after the other but suddenly I got out of nowhere and invitation for an interview at a bank here in my hometown. Right in the beginning I sent them an open application but never heard back from them until now. Long story short: I had my very first German job interview today and as soon as I got back home they called me and asked when I am ready to sign the contract! Now the world is fine again for me and Nathan

Next week I will sign the contract and start my work. Not only is the too long waiting period over which caused me too many worrisome times but also I will have a health insurance now for me and my family. The time is over for houseman Timo and the stage opens for the upgraded salarymen Timo. (who still has a crazy Chinese Family

P.S. I wrote this article within a few minutes to share some of my disappointment and my luck this week. Furthermore Nathan is doing well, no long time effects have been observed after testing the fluffiness and flexibility of his face

35 thoughts on “The Good and the Bad”