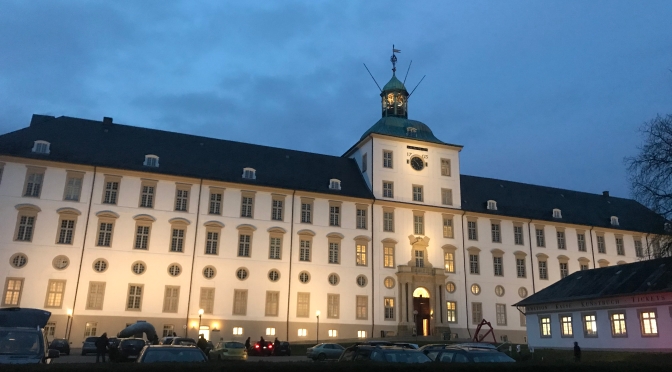 2020 has been going on already for a while and it has been over one month since my last blog post. There are multiple reasons for that such as stress with work and with it also an uncomfortable few weeks. As some know my wife and I have our own exporting business and it has been going downhill since summer. As the business is our only means of income it is really not a nice feeling when you realize that everything you built up for several years just vanishes in your hands. It is not that we were running our business in such bad way but due to the market changes in China ever since the trade war with the USA began. All the products we are selling are now available just like that in China as all the companies opened up their own webstores as exporting for them became easier last year for German companies (to fight against the trade war…). In the end small companies such as ours are the losers in such wars and all other people in Germany my wife know with a similar kind of business say that 2020 is the last year for them.

So now it is time for me again to start some job hunting but at least we are not in such hurry as back in 2014 when we moved here as I couldn’t get any kind of insurance for us without work or a “thumbs up” from the employment agency (we got a “thumps down” from them after I was already employed for a few months, bureaucracy is just insane and slow in Germany). So back then I just took the first opportunity I got and the payment wasn’t the best in the world. Anyhow now I can carefully select were I will apply for and won’t rush anything.

For January 2020 we had the great plan to travel to Finland so the kids can finally see some snow. That plan was scratched as Finland is experiencing the mildest winter in recorded history and there is no snow anywhere near our cottage (never happened before). This winter is also the first time that the big lakes are not freezing which also is just wrong. But hey, Global Warming is just a hoax anyways invented by the Chinese according to a very trustworthy source from the USA.

Besides these not so nice things we had last weekend a family gathering just like in 2017 and it was wonderful to see so many of my cousins with their families again. Next gathering might be my fathers 80th birthday! However not all plans are scratched for this year as we will still travel to China from April to May again. This will be the last time for us to travel outside the school holidays as Nathan will start his school life this August. After that we won’t be able to travel anywhere outside those set school holidays for the next 16 years or so.

Nothing new in China from the crazy family either as Granny is still doing fine despite that the cancer has spread to muliple organs already. She doesn’t feel any changes in her life yet and she also still does not know anything about the disease either. She won’t be told at all till the bitter end. Last year the family was afraid of losing her already by summer time but she is still going strong so I bet we will meet her this spring again.

Here in my hometown we got to know over the years other Chinese-German couples with kids. This town is not big but it is interesting to see how many Chinese leave here by now (compared to my childhood when the only Chinese here were running restaurants). We never really thought much about it until we met last month for a hot pot round at a friend’s place and we had suddenly eight mixed children running around and making some noise. Back then we (okay mostly the mothers) were thinking how great it would be for the kids to come together more often and play and talk in Mandarin.

Just a week after our eating round we decided to meet several times a month for a little study round for the kids. Actually it can’t be really considered real studying as it is more about having more access to Mandarin for the children such as reading books, learning some about the numbers and characters. As we are no small round it was difficult at first to figure out where to have these meetings but one of the couples are also managing a club home (in fact the very same club I used to be a member in during my swimming days) and there is more than enough space for all of us. Best of all is that the club home is located very close to us so it is just 10 min away by walking.

The children always “study” a bit for half hour, play together for half hour and then study a bit more. Children that young are not really fond of just sitting still for such long time so the playing time helps them to let out some energy. All of the kids are really looking forward to each Sunday as they can meet their friends and play. Our Nathan is the oldest with his five years and the youngest one is just half year old though she is not yet participating and usually clings on her father while we chat. We were always wondering how to get our children more access to Chinese and never thought how many in the very same situation as us are already living here. One couple just moved here from China this summer and they are certainly happy to meet up with other parents with the same background here in this little town.

Did you visit similar “meetings” in your childhood or sent/ are planning to do so with your children?

Last weekend we managed it to take a trip to Poland. We had been talking about such visit for several years but never got around it as so many things got in between. Our destination was the Island of Wolin (Wollin in German) and we stayed in the town Międzyzdroje (Misdroy). This town, also called The Pearl of the Baltic,  is a very popular holiday destination during summer time due to its wonderful beach and these days every second building is some kind of hotel.  We didn’t do much in that town as we had other plans ahead. Together with my little family, my brother and my father we drove 10km further to the village Kołczewo (Kolzow), the birth place of my father, to see whether anything was left from the old family buildings.

Now let’s say that we were happy to see that in Międzyzdroje a lot of the old buildings were renovated and looked once again like the old times, however in Kołczewo things were a bit different. As this village is no tourist spot nothing has been pretty much done there since the war ended. Sure some apartment complexes had been build some when in the 70’s / 80’s but the old structures are just falling apart. It was no problem for us to find the old canopy road to get to the general direction of father’s birth place. While driving we only had to look out for some higher hill with some buildings and there we saw the old house on the left. The poor road set with concrete blocks wasn’t the best for cars but we managed it up and parked the cars on top of the hill. The house was a mess, it had further degraded since we had visited in the early 90’s and strange add-ons had been built to the structure.

On the property of the old family home we could still see the foundation of the engine powered mill my grandfather had built in 1938. Besides the foundation there was an old millstone propped against a tree. Nothing was left of the windmill on top of the hill or the bakery next to the main house. In the distance we could see great-great-great uncle’s farm from whom my great-grand father bought the property for the mill and houses. Down the street there was also the day-laborer’s house (also belonging to my grandfather) standing now divided into two half’s. One of house half was actually in really good condition with even solar panels on the roof. It was probably the best building in the entire village at this point.

We also went to the village center to visit the church as the old German graveyard was there on its property. Back in 2007 someone had still taken some pictures of some of the graves for documentation however by now it had been all plowed and it was a potatoes and vegetable garden plus little playground. Sadly we could not find any further information about my ancestors from that place any longer. Behind the church we found one single old gravestone leaning against a tree and a lot of the former Lutheran church equipment piled up and rotting away.

Even though we could not find anything about our family history it was still nice to see some of the old buildings standing. I also asked some of the village residents for information but no one had any idea as they were all born after the 60s and thus had not even a clue about the former church ruins on a little hill in the village center with a graveyard which also had been demolished around that time. For my father is was probably a good feeling to see his old home once again even though it was upsetting to see it in such terrible state these days. We certainly plan on travelling there again in the next years; after all it is only 3 1/2 hours away by car (in case the traffic is playing along).

Have you ever visited some place where your ancestors came from?