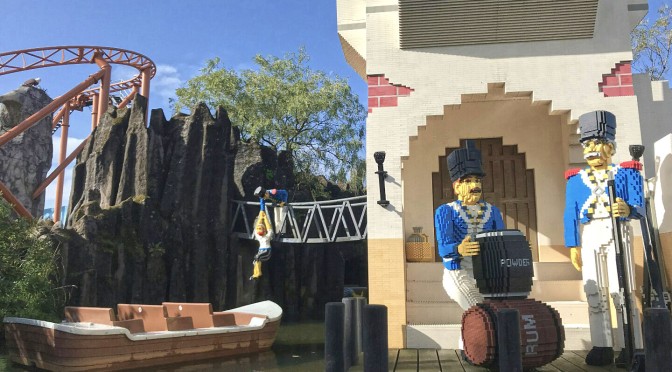 This summer I have not been that forthcoming with crazy stuff from my family. Basically nothing much happened except that worrisome things I wrote about in the past two blog posts. By now all the stress from China has been become just an annoying background noise and we have been only focusing on work and the kids. My dear Chinese mother-in-law is still here in Germany but will leave back to China in the end of August.

Besides the annoying stuff from China we had to manage for three weeks through the kindergarten holidays and thus having both kids with us all day long. For those holidays we had some nice things planned such as trips to the beaches here, traveling on weekends to some cities in the area and such but oh boy, of course the weather had to change to the worse during those three weeks and we had just rain every single day. We only managed to visit Legoland in Billund again and we had semi-good weather with just some minor showers in between. After those holidays were over we managed also a trip to Sankt Peter-Ording here in North Germany where a fantastic beach is located. I must say we had really bad luck with the weather this summer as we only had nice temperature and sunshine on the days we were neck-deep with work.

Relaxing at the beach for an afternoon. Finally we managed it back here after three years #sanktpeterording #germanbeach #familytime #travellingingermany #wmaf

Now the holidays are over already for a few weeks and something new started for us as Nathalie started kindergarten this week! Little Nathalie aka the Thundergoat can be a difficult little monster so I prepared for the worst when going with her to kindergarten. But for some unknown reason she is a completely different person there. The staff there is super happy with her, she never cries, does whatever they tell her to and is just a little sunshine there. I already told the staff that this little girl they describe can’t be my daughter.

At home we have the usual madness with MIL as describe in the previous post so nothing new from that front. On a personal note I got even nerdier as I picked up during spring again Warhammer 40K after near 20 years away from it. Not writing now anything specific about it but I will have eventually a geek post about my newfound hobby in the upcoming weeks. For now I hope we have some luck in the next weeks with the weather so we can go to Hamburg Zoo again as the last visit there dates back to 2014 when Nathan was just 9 weeks old! This also somehow reminds me that I need to continue editing the last holiday “movie” as I still have tons of material to go through.

How has been the weather for you this summer?