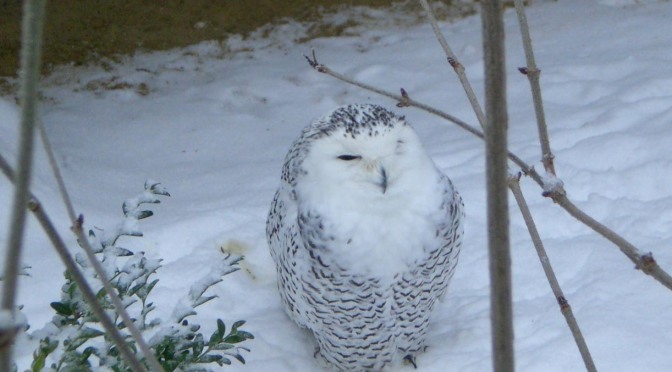 Another blog post about a Zoo? Yes, as you can see I really do love to visit those places. This particular Zoo is a pretty small one here in my hometown. During my childhood I have been there very often and in the past years also again several times with my wife and some friends. The best thing about this Zoo is that it is close by, really just 15 min by bicycle or 5 min by car.

It has been found 1951 as a place where only animals from this region were shown. They kept this idea for a long time but later expanded and have now also monkeys, polar bears and penguins. The entire place is located within a part of the local forest which gives you a different feeling for the place than other Zoos which are normaly not so heavily grown into a forest.

At least during my childhood the little shoats (baby boars) were able to squeeze below the fence and ran crazily around harassing visitors to give them some food. I don’t know if it still the case as I have been in the Zoo in the past years only during winter time. Another nice thing there is the Barbary macaque enclosure as you can enter it and walk on a path through. Usually all the Barbary apes will come to the path expecting some food or just try to grab anything you have in your hands.

All the pictures are from our visit there in 2010. I believe it was the first time for me there in over 10 years and much had changed such as the new penguin enclosure and the monkey park. As you can see there are goats…many goats, too many goats! The goat world is located next to an old farm building and is very popular with the kids (nearly as popular as the playground). You can enter the enclosure and feed the goats but often you have to watch out that those demon animals don’t get too greedy as they might follow you later on through half of the park (did I mention that they can leave their enclosure?). Now that I think about it there are actually few animals enclosures you can enter and feed the animals with the food bought at the ticket office.

Even though this is just a small Zoo with very limited funds they still manage to keep everything well maintained unlike the Chinese ones I have been to so far. The animals seem to be taken good care of and nowhere is trash to be found except of course the trash bins. Especially the trash thing however might be more related on the general attitude of the people as in China I even saw some throwing trash and even cigarettes on the animals.

In May few Chinese friends from Finland will come over for a week or so and I had the idea to visit the Zoo with them. During that time also MIL will be still with us so we can just leave her in the goat enclosure as she seems to like it with those animals.  Hopefully she will stay there for some time but I still believe dropping her at the Outlet Center for a week is the more effective way to get rid of her for a while.

Do you know any small Zoo’s such as this one?