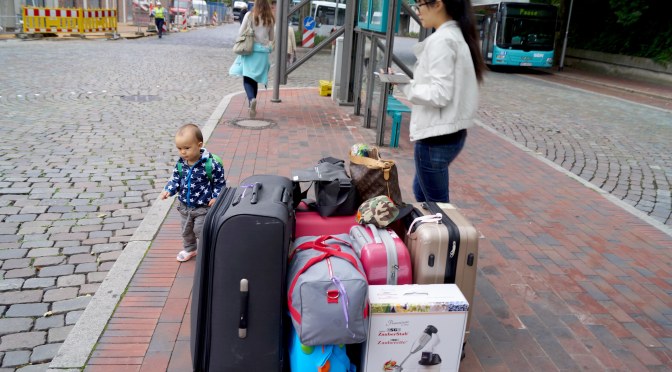 Our holiday in China is fast approaching and with it the requests from the Chinese family. Each time we go to China some of my wife’s family members got some interesting ideas/ requests. Usually it is something very simple such as certain food supplements, medications, clothes or small electric gadgets. Usually my in-laws are not planning to renovate and move into a new apartment as well. While as Granny, Aunty and the rest of the crazy bunch just asked for small things my dear Chinese mother-in-law has some other ambitions.

The first few requests were not even that bad as they were small items such as few tubes of silicone for the bath or checking for light switches. But MIL wouldn’t be herself without escalating rather quickly by asking us to bring kitchen cabinets, sofas, a toilet, flooring and wallpaper with us. Yes you read right those are all things she believes we can just take with us when flying to China. Some similar ideas she had already back in Finland when visiting us for three months. After my wife told her that it is impossible she told us that we could just have them on our lap when flying…I am serious, she really said it! Who in their right mind would ask others to take a kitchen sink from Germany to China?

Up to this point MIL does not understand why we won’t do such a thing. She is asking all of this because she is 100% certain  that all these things are so much cheaper in Germany than in China. Needless to say she was shocked to hear the prices we told her and she accused her daughter to check only in expensive shops. I really do not know how she can still asks us to take these items with us after two months of my wife denying any of those requests. We can handle some small items but what she has on her mind is just ridiculous.

For some reason she also got some weird ideas about how the apartment should be equipped. She really wanted us to get some high-tech toilet such they have in Japan and take it all the way to China. Yes such toilet is incredible expensive and huge. We convinced her that we would not buy such a thing and that it is a real waste of money. She listened and did not ask us about the toilet any longer and simply bought one in China. Somehow I am scared to think how the new apartment will look like when it is finished next year. All I know thus far is that Nathan will have tons of fun pushing all those buttons when going to the toilet.

Has anyone ever asked you to take some stuff with when flying to another country? 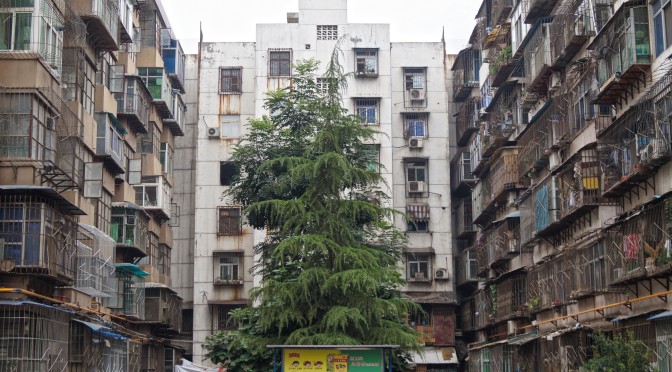 Following my last article about the new apartment I have some new developments to write about. First of all I am sorry that I didn’t manage to do so last weekend but some basic company related mess kept me away from writing anything. For everyone who doesn’t know about this apartment and does not want to read through the whole blog post from two weeks ago called “This and that” I will give you a quick summary.

My parents in-law are about to buy a new apartment in Xi’an. This apartment is roughly 25% cheaper for them through some reason I still don’t really understand, it involves somehow them being former workers at that factory which used to be on the grounds of that new apartment block. Two weeks ago I wrote that I am not too happy about them buying that apartment as it is first of all far away from the city center and second of all it would also mess up their daily lives as they need to commute everywhere by bus and thus making everything harder and more expensive.

For the past twenty’ish years they have been living right in the city center of Xi’an within the old city walls. Sure the area is not the prettiest around as the buildings haven’t been taken care of at all ever since their existence but it had some certain feeling to it as most neighbours know  each other, on the streets in front of the buildings you can have all kind of delicious food, all kind of stores are all around there and it feels just real. In short it is for me the real Chinese city life, not those fancy malls or new skyscraper apartment blocks. My parents joked when they first saw the area that it looks like Germany after WWII (which my father even witnessed so there must be some truth to it). My in-laws apartment is in stark contrast to the outside of the building as everything was nicely renovated six years ago and everything inside is more “western” orientated with the basic Chinese kitsch to top it off.

The new apartment they want is in another area of the city which used to be an old industrial site. Apparently both of my in-laws used to work there (also the entire rest of the family as far as I know) and now they all got some nice discount on buying apartments there. My in-laws are planning to buy a 98m² (1055f²) apartment which would be about 1/3 bigger than their old one. Of course in China those 98m² are not actually the entire living space you buy as some of those m² are counted into the stairway and what not all so I believe the new apartment will be 85m² at most. Next to the new apartment buildings are the old buildings of the factory workers which are also in a terrible condition. There crazy granny still lives with crazy Uncle and his family (they already purchased the biggest available apartment in the new building). All around there is actually not much to do. There are not even many street kitchens, during daytime you can by only some watermelons from one vendor and there are some car repair place, nothing more. The nearest supermarket is 20 minutes away by walking so all in all it is not really a dream location.

Now to the apartment itself. The apartment is right now pretty much bare brickwork (okay it is concrete) without anything but some windows and the piping done. This means after you purchase such apartment you still have to invest tons of money. What else is not that great is the layout of the apartment which is in my opinion (everyone we asked) really bad, especially the kitchen is the size of a small storage room and I do not know how they will fit anything inside there. As they have installed already windows you can’t purchase yourself proper windows. In China the basic windows you get are some kind of “sliding” windows and they have as much insulation as a sheet of paper. All in all it is a real mess.

What is the new development when it comes to the apartment? You see my wife and I already convinced them to keep the old apartment as its value will increase a lot once plans are made for tearing it down and building a new apartment block there (not one of those ugly skyscrapers but something more traditional looking and not that high as it is within the city walls). After we brought our concerns forward regarding how hard life would be for them when living there they started to think about it themselves. MIL quickly realized that there would be no shopping for her any longer and that she would have to travel for over half hour to her dancing lessons and classes (half hour in case there is no traffic so it is more like one hour for a normal day). Also FIL would not be able to go to his table tennis sessions everyday as it would be the same as with his wife too: much traveling.

Right now they still want to buy that apartment but no longer want to live in it. They also do not plan on renting it out at all! They just want to buy it and leave it in its current condition. As they can get the apartment 25% cheaper they want to wait for a few years and then sell it with a nice profit. I must admit that I kind of like the idea especially as 300k RMB (~45k$) are not from their own pocket but from another source located in another country…

Would you move to such new location? What do you think about my in-laws new plan?