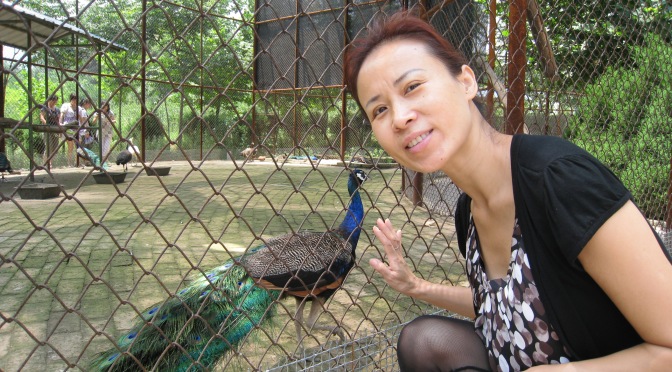 Everyone was already in a situation where you thought you did something such as paying some bill but in the end you basically forgot to do it.  This can be rather annoying at time because you were at first 100% sure you did pay the bill which makes it even more frustrating to see that you were wrong in the end. Let me tell you there is nothing bad about it as it happens more often than not to me, especially when it comes to bringing the trash out (could be also my mind is doing it on purpose because who really likes to bring out the trash…). However this can be also very aggravating when it does happen to a person all the time and thus not only causes delay in doing certain things but also waste your time.

Who could I possibly talk about? My dear mother-in-law of course! I mentioned in various posts before that she is a rather odd person who is always right. No matter how clear it is that she did something wrong she is always able to blame others for it or it never ever happened. The thing is it wasn’t bothering me/ us so much as we didn’t have to depend too much on her most of the times but this changed a bit over time as she also started to visit us each year for three months and so on. Of course it wouldn’t matter at all in case these things were about trivial stuff but it usually always happens when it is about important or urgent matters.

Last time my wife was with Nathan in China she wanted to take some cash with her to Germany. Okay no problem there as she just had to go to bank with her mother (as the money is on her account) and withdraw some Euros. Now the problem wasn’t with getting the money but to find it again before flying to Germany. Few days before my wife and Nathan were about to fly back she started to pack and noticed that the cash vanished. She went to her mother and asked her where it could be. So MIL told that she gave it to her. Okay no trouble there but my wife couldn’t remember this at all so she asked her again. MIL then explained step by step how she gave the money to her when they arrived in the apartment. She even explained how she was giving it and with which hand. But as my wife couldn’t remember this at all MIL was just like “I gave it to you so it is your problem now!”. OKAY…according to my wife this went on for several hours until MIL finally decided to check her closet for something and voilà: THE FREAKING MONEY WAS WITH HER STUFF!!! Basically dear mother-in-law just created her own world once again and made up this story while she actually put the money to her closet and never gave it to my wife.

Another example just to show you MIL’s insanity happened few weeks ago. As you might know both my wife and I have a little business (okay mostly my wife as I was just too ill to get anything done so far but things are slowly improving for me). All of our customers are from China so my wife has to send packages there every week. In case people buy some smaller amount my wife waits for a bit and then sends a big package to her parents containing stuff of several customers who had smaller orders. These things then are being put into smaller packages by MIL and then send to the customer. This actually sounds more complicated than it is because my wife strictly separates each of the items which belong to one customer and attached the name and address of this person. So all MIL has to do is to take it out, put it into some smaller packages (in case my wife didn’t put it already into some smaller boxes), attach the address of the buyer and give to some logistic company. Well well there is not really ever anything easy when it comes to MIL.

Few weeks ago my wife sent such a package containing the items of several buyers but there was one item without an adress as the buyer was just moving to a new place. The customer then sent few days later the new address to my wife and there was so far no problem. But the trouble of course started when my wife called her mother and gave the address for this last package. MIL was like “What package? I sent everything already away! There is nothing here!” WHAT??? How is this possible as there was this one package without any address! MIL was 100% sure that she sent this package but she didn’t remember any longer to whom. My wife then spent the whole day trying to figure out where on earth her mother could have sent this box. Late in the evening MIL then contacted my wife “Oh, by the way I found the missing box, it was with my stuff”. Guess how furious my wife was after wasting a whole day trying to track down where the box could be.

In the end father-in-law’s words ring too true “She is just crazy, she lives in a world of her own” and “She is able to bend reality and thus the truth to her own liking, she is never wrong about anything. Just crazy, you know”.  This poor man living with her for so many decades, no wonder he developed several OCD’s over the years.

Do you know someone who creates her/ his own reality when it comes to such things?