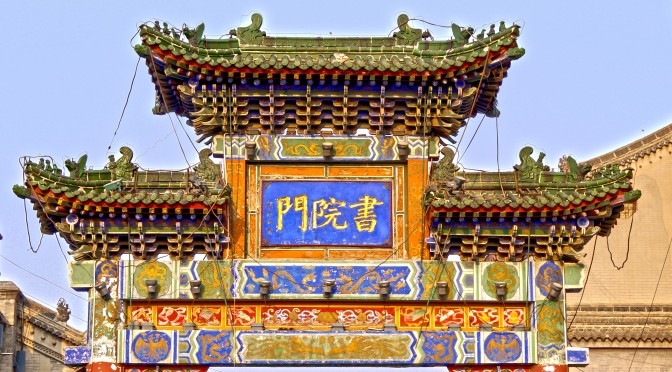 In the year of 2011 was my first visit to China. Nothing too special about that but it was also the first time (and only time thus far) that my parents visited China. Through this Guest Post by my wife you learned already few basics about my dear mother. As you can imagine the whole idea of visiting China was not a dream of my mother. She was scared of the country itself, the many people, the food, the hygiene, the plane, getting lost at the airport and did I mentioned the food before? My father on the other hand was really excited about this trip. He pretty much didn’tt care at all about all the things my mother was scared of except one thing, public toilets in China. My old man is not the youngest anymore, meaning that any kind of “squatting” his pretty much impossible for him.

Everything started during spring time when we had the great idea to have our engagement dinner in China, together with the whole family. As a joke my wife suggested that I should invite my parents as well. I kinda didn’t get the joke and actually asked my parents. My mom was shocked, and said she wouldn’t even board the plane and my father wanted to know the details already on the phone. Three months later my wife and I were waiting in Xi’an for my parents to arrive at the airport and of course my parents actually arrived without any harm (just a bit exhausted).

The entire trip to China was already an adventure worth writing a very own article about. Lets just say it involved them not being able to park the car at Helsinki airport, hearing their names mentioned through the airport announcements about gates being closed, having very noisy people on the plane, arriving at Beijing and being lost, mobile phone without service and thus not being able to call us for help, not being able to ask for help as they only speak German and Finnish,  a changed gate to Xi’an at Beijing airport and running all over Beijing airport…

Anyways my parents arrived during late afternoon and were welcomed by my in-laws and family friends. Already during the first evening we had a program planned for them (even though they were pretty exhausted). We visited the fountain show at the Big Wild Goose Pagoda with a short tour around the surrounding area and of course a big dinner. As you can imagine dinner time meant horror time for my dear mother and MIL was not exactly helpful in this situation either as she just piled up more food on my mothers plate. Mom ate always bravely the plate empty, without having a clue what food it was, and MIL piled up more… 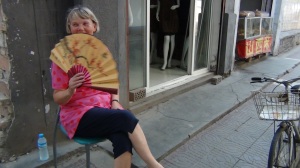 During the one week in Xi’an we visited together most of the main attraction such as the Terracotta Army, the Tang Paradise, Tang Dynasty Dinner & Show, Drum and Bell Tower and also the Muslim Quarter. My parents both got a new hairstyle plus massage at a hairdresser, a full body massage (my father with cupping) and a lot of food. For my mother at least one dream got fulfilled, she got a silk shirt tailored, something which is of course also possible in Europe but usually very very expensive. 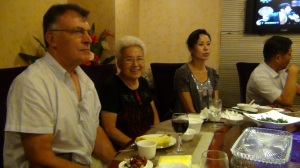 I am not sure anymore what we all ate but it was very much. The engagement dinner was interesting as we had also Camel served which I didn’t mention to my parents until the dinner was done. Otherwise it was pretty uneventful, probably due to the exact planning by my wife who had an “activity plan” done already weeks before the trip. In the end we also spent one day in Beijing and did a little sightseeing tour. Beijing has mixed feelings when I think back due to the fact that we never could get any taxi and then we a wild “black taxi” trip back to the hotel.

In the end I can say that it was a nice trip but a bit too exhausting for my parents. We had too much in the program and it all involved walking around a great deal. To make it worse it was during Juli, meaning temperatures to make the asphalt on the streets melt. Furthermore my mother couldn’t handle the air-condition and ended up getting sick in the end and suffered the last day when flying from Xi’an to Beijing. For the next time they come to China (my mother doesn’t know about her luck yet) we have planned a much more relaxing holiday for them with trips to the nearby hot springs and it will be either during spring time or during autumn to escape the hot summer.

25 thoughts on “My Parents first trip to China”