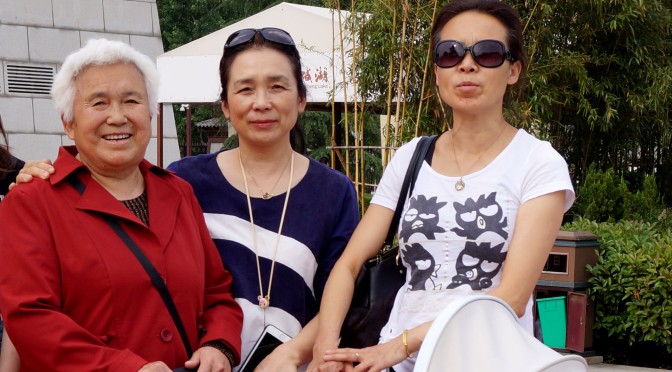 Over the years I had way too many blog posts about crazy mother-in-law and the rest of her family but something happened this week. After a long long call with her Aunty, my wife R. figured out something amazing as she turned in the car towards me and said “I’m going insane, my mom’s family is crazy, just so crazy!”. Only thing I could answer was “I figured that out years ago Dear”.

My wife R. can be sometimes a bit slow when things are not about our business but I was surprised it took her 32 years to figure out that her mom’s family is crazy. The whole crazy family dawned on me some when around 2013, after being together with my wife for three years. Back then I also started this blog as a mean for self-therapy to deal with all the insanity I had encountered in China and when MIL came to visit. In 2016 I had a rough summary about MIL’s side of the family, describing the different character rather well. However back then I judged Uncle’s character totally wrong as his greed for money showed this summer as he didn’t want to pitch in money for Granny’s medications for her cancer (wasn’t even his money, he didn’t want to give the retirement money of Granny which he always keeps for himself).

So what happened that  R. figured out about her crazy family? I think the turning point was that call with Aunty as she told her that she cannot pay for the medication any longer as she is basically bankrupt. How is that possible out of nowhere, well she has also a nasty character. She started few years ago a small company for hair products with her best friend and it was doing really well. Things stopped going well when she had a fight with her friend forcing her to leave the company. Aunty ain’t good with money so it was just downhill from that point onward. In fact she is never good with money, she even kind of scammed her other former friends and neighbors into a snowball system leaving all of them without any of their hard saved cash. Due to her lack of money she now forces her sister (MIL) to pay all of the medication pretty much alone, hooray for this great family.

Besides that call from Aunty my wife also had tons of video chats with her dad in the past weeks. He always calls her when he cannot take MIL’s behavior anymore and then they kind of gossip about that crazy mom for an hour or so each time to give their frustration some outlet. There is really some reason why MIL is never invited to any family gathering in China, everyone kind of hates her. Aunty is also on a good track towards getting redlined from the family. When Aunty’s daughter calls from Japan she also only can complain about her mother and was going crazy when she stayed in Japan in the beginning of the year for several months due to having her first child (insanities including pressing the fire alarm button multiple times in the apartment and destroying some of the kitchen).

So yeah, now my wife figured out that there is something not quite right with her mom’s family, let’s see when she starts a blog for self-therapy!

Do you know people who really need a long time until they figure out that there is something odd about somebody else?